(Guardian-UK)  As UK citizens are being told once again to “trust” the gatekeepers of the global banking system and as US citizens are realising that, despite a first amendment that guarantees freedom of speech and assembly, they are facing potentially lethal rubber bullets in Oakland and police brutality ranging from Tulsa, Oklahoma, to the streets of Manhattan, what is becoming clear is that a game-changing global shift is taking place. The conflict is no longer between right and left, but between the “one per cent” – a corporatocracy that, without transparency or accountability, is claiming the lion’s share of the planet’s resources and capital, while disregarding democratic processes – and, well, the rest of us.’

This single global family, transcending national boundaries, just wants a peaceful life, a sustainable future, economic justice and basic democracy. On the other side, the global corporatocracy, also transcending national boundaries, has purchased governments and legislative processes, developed its own military, mercenary or quasi-military enforcers, engaged in systemic economic fraud and plundered treasuries and ecosystems.

■ Democracy is disruptive. Around the world, peaceful protesters are being demonised for this, but there is no right in a democratic civil society to be free of disruption. Protesters ideally should read Gandhi and King and dedicate themselves to disciplined, long-term, non-violent disruption of business as usual – especially disruption of traffic. If they are peaceful, they can’t be infiltrated by provocateurs as easily, while the unjust militarisation of the police response is more transparent. Also, the winning protest movements of the past were a matter of months or years, not days or hours; they involved sitting down or “occupying” areas for the long haul.

■ Protesters need to raise their own money and use it to hire their own lawyers. The corporatocracy is terrified that citizens will get their hands on the mechanism of the law.

■ Protesters should make their own media and not rely on mainstream media to cover them. They should learn to write opinion pieces and press releases, blog about and document their experiences and create web platforms where cases of police abuse (and the abusers) are logged and documented. Protesters should use their cameras and video cameras religiously. There are, unfortunately, many documented cases of violent provocateurs in demonstrations. This is why it is so important not to cover one’s face in a protest: provocateurs need to be photographed and logged.

■ Protesters in democracies should create email lists locally, sync the email lists nationally and start registering voters. They need to email their representatives the list of Occupy -registered voters in each district and commit to getting out the vote in congressional or parliamentary elections for Occupy-supporting candidates – while working to defeat Occupy-bashing candidates.

In Oakland, California, the right has started a recall effort to force the mayor from office for being “soft on the protesters”. Protest groups need to organise to oust politicians who are brutal to or suppressive of protesters. This tips the scale: in Albany, New York, for instance, police and the district attorney refused to crack down on protesters and chose to support their first amendment rights.

■ The movement has been shy of identifying leaders, but I believe this is a mistake. A leader does not have to be a top-down hierarchist: a leader can be a simple representative. Protesters should elect representatives – for a given term just like in any democracy – and train them to talk to the press and to negotiate with politicians. These should span the spectrum: young people and grandparents, truckers and teachers and businesspeople. It is hard to cover the protest effectively if there are no spokespeople.

■ Protests should be scenes not of clashes but instead should model the kind of civil society this emerging human family wants to live in. In Zuccotti Park, in Manhattan, for instance, there is a kitchen, food is donated for free, kids are invited to sleep over and there are teach-ins organised. Musicians should bring instruments, the vibe should be joyful and positive. If there is mess, protesters should clean it up themselves. The idea is to build a new city within the corrupt city and show that this is a reflection of the majority of society, not a marginal destructive element.

■ Finally, we should understand that it is not a “list of demands” that is so profound about any of these protest movements; it is the very infrastructure of a common humanity that is being created. For decades, the global family has been told to keep its head down and leave leadership to the elites; in wealthy countries, to zone out in front of TV or at the mall; in the rest of the world, to submit to poverty and drudgery. What is transformative about the protest movement is that people are emerging and encountering one another face to face and remembering the habits of freedom: face to face, they build new institutions, new relationships and new organisations.

And, I hope, pass laws sooner rather than later to demilitarise the police; ban Tasers and rubber bullets; criminalise police and politician violence against free speech activities; demand prosecutions for financial fraud; compel the corporate books that unaccountably swallow billions in tax revenue to be audited; investigate torturers; bring home soldiers from corporate wars of choice – and rebuild society, this time from the grassroots up, accountably, lawfully and democratically. 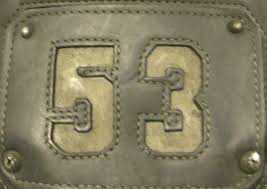 Catchy tune, slick animation, but the message is bullshit.  The Conservative Anti-Occupy Wall Street Group, The 53%, has launched a Rap video telling 99%ers to “Fuck Off and Suck it up”.  The Video is made by a growing animation firm called Next Media Animation.(Who ironically I am a fan of most of their videos…. hopefully this was just a job to them and not a mission statement…lol)

It is really sad when people you are fighting for, are so mislead in their thinking, they don’t even know when you’re fighting for them.

Info and lyrics From The Video Comments Section of this video

About the 53 percent rap song
The 53 percent rap song is an ode to the struggles of a 53 percenter who, like others in her cohort, does not expect help from the government. Despite her troubles, she is fiercely proud of the hardships she must endure and believes in personality responsibility.

“The 53 percent” is an opposition group to the 99 percent Occupy Wall Street movement. The 53 percent refers to the percentage of Americans reportedly paying federal income taxes.

The group claims taxes would be forced higher should the 99 percent and Occupy Wall Street be successful in their goals, which are a “massive redistribution of wealth and an elimination of capitalism.”

The 53 percent have life struggles, just like everyone else. But this group does not believe the 1% of wealthy or government bears responsibility for fixing these problems.

I wasn’t born in a hospital, my momma’s too poor
I had to bite through my own umbilical cord
Started working as a bagger at the age of twelve
For Christmas I’d take a double shift as Santa’s elf

Tried to go to college, I had to take on debt
Got knocked up, haven’t graduated yet
Spent my life slaving for a minimum wage
Then I got laid off and now I’m middle aged

Got cancer last year, shit went Stage Four
Cut it out with a knife, threw the tumor on the floor
You call it hard core? Public healthcare is for commies
Suck it up 99. Go cry to your mommies.

Took a sub-prime mortgage due to easy credit lending.
B of A foreclosed my home, now my FICO is mending.
I don’t blame Wall Street coz I wanna be rich
Till then I work three jobs. Man, life’s a bitch.

I don’t blame the 1 percent for all my problems.
Occupy Wall Street? You just want to tax and rob them.
Gonna hang loose with my homie, Tony Bologna
Pepper you hippies up like rice a roni

Stop blaming bankers, shed your entitlement
Real Americans don’t ask for help from government
If you’re poor in USA you probably deserve it
Get your ass to Mickey Ds, flip those burgers and work it.

Who writes this Trash anyway….lol

Well, I’m sure everyone by now has developed an opinion or two regarding the Occupy Wall Street movement, and there is no shortage of diatribes to view both Pro and Con across the Internet.  TMZ reports that Wrestling legend “The Ultimate Warrior” has jumped into the fray.

In an ultra-rare appearance in full make-up, Warrior — real name Brian Hellwig — tells us, “I find it a little ironic that most of these kids own iPads and iPhones and all these material things. They’re a big part of the consumerism that goes on in this country.”
Warrior adds, “The biggest statement you can make is not to participate in the consumerism of it all. Don’t buy the stuff. Start living your own life. Practice what you preach.”

We never thought we’d say this, but the man’s got a point.