Tuesday’s vote in the US was about much more than the White House and Capitol Hill. Across the country Americans were called on to cast their ballot in a wide range of referendums – and the results indicat the US is far more liberal than many thought.

Maine and Maryland made history by becoming the first two states to approve same-sex marriage by popular vote – breaking a losing streak that has seen 30 states vote down such bills.

Gay weddings are already legal in six other states and Washington D.C., but that was down to legislators and the courts rather than the public.

The results follow recent polls showing for the first time the majority of Americans support marriage equality. And in Wisconsin, Democrat Tammy Baldwin became the first openly gay woman to be elected to the Senate.

Baldwin’s sexuality barely featured in her campaign and after victory she said she had not run to make history but to make a difference.

Obama secured the majority of the female vote. But more and more women are doing it for themselves with the number of female senators rising to a historic 20 per cent. That is just slightly less than in France which has a similar system.

In another sign of change in the Senate, Tea Party-backed Republican Ted Cruz becomes the first Hispanic to represent Texas.

One name that has been a constant on Capitol Hill for the last half a century is Kennedy – at least until the death of JFK‘s youngest brother, Ted Kennedy in 2009. But the election of Joe Kennedy III – JFK’s great nephew – ends the hiatus.

He goes to the House of Representatives for
Massachusetts 4th District.

It has been an electoral marathon, to say the least. And for those who are finding it all just a bit too much, Washington State and Colorado became the first states to approve the recreational use of cannabis in a referendum.

Marijuana is already allowed for medicinal purposes in other parts of the country.

There is no doubt the 2008 presidential vote was historic – but it looks like quite a few taboos have been broken this time round too.

President Obama speaks at the United Auto Workers Annual Conference about the success of the auto industry, which is creating jobs and making profits after nearly collapsing before the President took office. February 28, 2012.

Lee Camp performed live in our nation’s capital just last week, on the four-month anniversary of Occupy Wall Street. Immediately following this performance the thousands who were there stormed the steps of the Supreme Court and the White House. 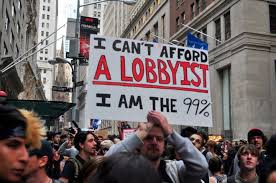 “We gave you a fair chance, and this is how it went. Signed sincerely yours, The Other Ninety-Nine Percent.”

A protest song for the Occupy movement.

Dear Mr. President, this is why we’re here.
Allow us to explain, though it is probably clear:

Dear Mr. President, this is what we wanted.
To build homes, not bomb them but we
clearly can’t do it with all the drama in congress.
Like it’s all about your image, not doing what’s right.
Like it’s beers with the boys and we won’t even ask what you get up to in the white house at night.

We have assembled to plead the case
of people with troubles you tried to erase. You took an oath
to serve, were your fingers crossed when you said the words,
or was the meaning lost?

Dear Mr. President, this is why we’re here.
In good conscience we can’t let this go another year.
Unstuck from the corrupted order,
The people, that’s US, can no longer afford to
WAIT.

True Patriots sleep on streets
or in cells, a patriot’s spirit can never be held.
True patriotism is impossible to defeat –
ideas are invincible, they can’t be killed.

[chorus]
Of everything we needed done
you barely made a dent.
Of all your empty promises
was there even ONE you meant?

We gave you a fair chance
and this is how it went.
Signed,
Sincerely yours,

The Other Ninety-Nine Percent.

You drive us to the danger zone
and pretend to act surprised
while it’s clear you’ve spent the
last few years rolling your eyes.
Slavery is subsidized, freedom is a hoax, and you must have missed
that your list of laws is just a joke.

So here’s what’s gotta happen-
you’ve gotta see things from our side.
We tried to do things your way,
but that paradigm has died.

We stand before you peaceably
and are here to stay.
until you change.

Robert Reich reveals the 7 biggest lies about the economy.